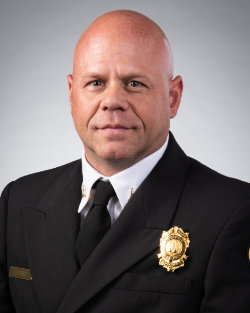 Michael Caffey joined the Rockwall Fire Department in August of 2002. President Caffey was instrumental in the formation of the RPFA, Local 5057. President Caffey serves to provide the citizens of Rockwall with a professional and proactive association, with Firefighter safety as its primary goal, along with charitable service to the community. President Caffey is currently a Captain for the Rockwall Fire Dept. He holds a Bachelor's of Business Administration from Southern Methodist University in Dallas, TX, and an Associate's Degree in Fire Science from Midland College, Midland TX. He also possesses his Master Firefighter Certification from the Texas Commission on Fire Protection. Michael is an EMT through the Texas Department of Health and holds several other field certifications and training. Off duty, Michael teaches CPR, First Aid other medical courses and serves industrial clients in their safety programs, including audits and safety training. He lives in historic downtown Rockwall with his wife Amy and son Rhett. 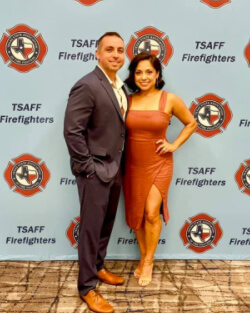 Brad serves in the role of Vice President for Rockwall Professional Firefighters, where he assists in the administration of the association’s charitable contributions. Brad has been a firefighter in Rockwall for a little over 2 years and previously served as a Dallas Firefighter before being hired in Rockwall. When Brad is not serving his community as a Firefighter, he operates a local painting business where he serves as a reliable contractor to Rockwall and the surrounding communities. Brad is happily married and a proud father. 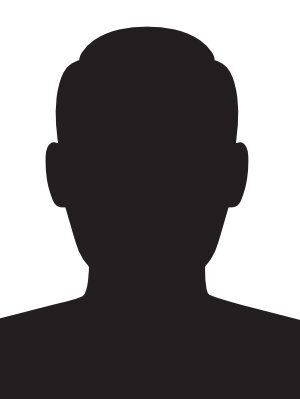 Jay McKee grew up in the small Collin County town of Farmersville 20 miles northeast of Rockwall. He graduated from the Kilgore College Fire Academy in 1996. Jay began his professional fire career in 1997. He has worked for the cities of Wylie, Mt. Pleasant, and Sulphur Springs before joining the Rockwall Fire Dept in 2015, and is currently a Captain at Station 2. Jay holds commission certifications of Firefighter Advanced, Driver-Operator, Inspector Advanced, Instructor II, and Hazardous Materials Technician. Jay resides in Royse City with his wife Tia and their 2 children, Claire and Marshall. 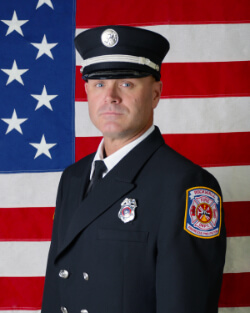 Jimmy moved to Rockwall from Garland, TX in 1988 and graduated from Rockwall high in 1991. He volunteered briefly for the Heath Fire Dept after high school but then went on to pursue a career in construction management. After fourteen years in construction, he decided to go back and get the job he really wanted to begin with. Jimmy began volunteering for the Rockwall Fire Dept. in May of 2008 and became a part-time driver three years later. Jimmy was hired as a full-time Driver/Engineer in October of 2013 and is certified as a basic firefighter, EMT, Driver/Operator, and Instructor 1 through the Texas Commission on Fire Protection. He currently works at station 3 on the north side of Rockwall and loves serving his community.